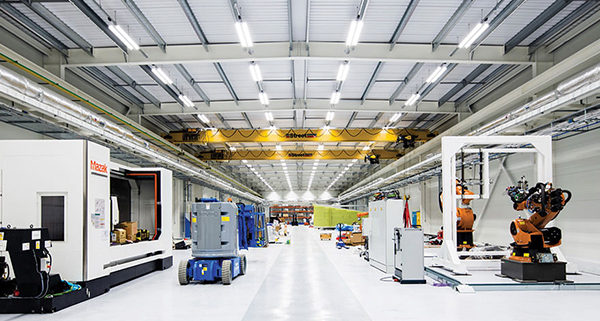 By 2024, China’s LED lighting market is forecasted to reach $24 Billion. With the growth of China’s economy, demand for energy efficient LED lighting is also rising. China’s lighting industry has experienced growth and the country has become a leading world lighting consumer and producer for the last 20 years.

The mounting consumer demand for energy-efficient lighting systems, decreasing prices of LED, and high penetration of LED as a light source in the general lighting market are expected to drive the growth of the product. LED lighting has gone from a costly product outside the cost-conscious sweet-spot of Chinese buyers to a value-adding solutions, gaining market share and realizing sustainable growth. China’s lighting market is experiencing shifts from conventional lighting to LED technology.

For promoting high-efficiency LED lighting products, National Development and Reform Commission (NDRC) and China’s Ministry of Finance (MOF) have collaborated to look after interim measures on the administration of financial subsidies.

The actions like financial subsidies to promote LEDs lighting. In the current scenario, Local governments have been more rapidly in response than China’s central government in implementing LED subsidies. In China, Guangdong Province, consist the largest LED industry size and has relatively higher amount of subsidies. As of 2013, Foshan in Guangdong Province, Dongyuan, Zhongshan and many other cities have launched several subsidy projects to promote LED lighting products in mass level. In the meantime, Power costs saved by LEDs are all used to subsidize construction projects in Zhongshan city.

LED meets the need of energy efficient light source imposed by most of the government. Environmental protection and energy conservation concerns have risen in recent years due to climate change. Regulation across the world has become more stringent and governments offer incentives for entire building infrastructures in order to encourage environment-friendly initiatives.

Besides conventional financing, new lighting installations can be financed through government and municipality projects (public/private partnership, private financing initiatives) and carbon financing under the Clean Development Mechanism. Meanwhile, as China continues to urbanize, the potential demand for urban public lighting projects is huge.

Since October 2012, China has banned the import and sale of all incandescent bulbs over 100 watts, and on October 1, 2016, steadily the country extended the ban to those over 15 watts.

In China, the commercial segment of the LED lighting market dominates the market share compared to other segments. Other LED lighting segments such as residential, industrial and outdoor are also performing well in China. Moreover, implementation of LED lighting standard in China will further shift the LED lighting into high quality LED product.