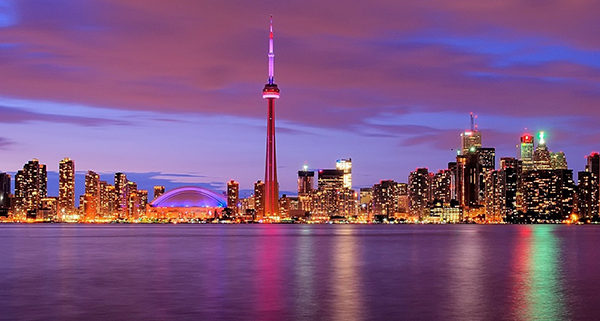 “While we know that LEDs save energy in specific projects — for example when a city transitions all of its street lighting from sodium lamps to LED — when we look at our data and we look at the national and the global level, it indicates that these savings are being offset by either new or brighter lights in other places,” study author Christopher Kyba said during a news conference.

The study compares the increase in light pollution to global gross domestic product, showing that, while LEDs were promised as a way to reduce energy consumption around the world, they may not have fulfilled that promise.

Instead, cities are simply using more LEDs to light their cities, canceling out any savings they may have had from switching to the new lights in the first place, the authors suggest.

Kyba and his colleagues used data collected by the VIIRS instrument on the Suomi NPP satellite to monitor changes in artificial light over the years.

The scientists analyzed the data to see which parts of the world got darker, brighter, or didn’t change at all.

“There is a potential for the solid-state lighting revolution to save energy and reduce light pollution, but only if we don’t spend the savings on new light,” Kyba said in a statement.

Artificially bright night skies can create a whole host of health concerns for wildlife and humans.

“Recent findings on ecological light pollution include the disruption of critical ecosystem functions as well. There are several examples. For instance, a Nature study just reported an impact on pollination by nocturnal insects. So many insects have also functions as nocturnal pollinators, and not only that: We have to take care of diurnal pollinators,” Franz Holker, another author of the study, said.

“In addition, it [light pollution] can impact the seed dispersal by bats, for instance, carbon mineralization by microorganisms.”

A 2009 study showed that some trees have trouble adapting to artificial light as the seasons change, and newborn sea turtles also mistaken streetlights for the light of the moon, which they rely on to guide them to the ocean. When these turtles follow streetlights, it leads them away from the sea and to possible death.

The VIIRS data used for the new study has its own blindspots, however.

Because VIIRS is unable to see that light, the authors of the study suggest that people on the ground actually experience more light pollution than what the satellite can monitor.

“Blue light interferes with melatonin production and circadian rhythms,” Fabio Falchi, a light pollution researcher who is not affiliated with the new study, said in an email. “Our dark adapted eye is more sensitive to blue, so we’ll perceive the sky brighter, so more light polluted.”

The new study is the most recent in a wave of research digging into how the night sky is becoming less and less visible to more people on Earth.

An atlas released in 2016 showed that one-third of people on Earth aren’t able to see the clouds of the Milky Way at night.

That study found that Singapore is so bright that human eyes can’t actually adapt for night vision due to the light pollution.

While researchers agree that energy-efficient LEDs are the way to go on the whole, the study’s authors contend that orange or red-tinted LEDs would be far better for mitigating light pollution than white LEDs, which pollute cities with blue light.

“So the real dream is that we have great vision on the streets, every where you go you would never really experience inside of a city an uncomfortably dark place, but because the light is used so much more efficiently, you would have very many more stars to see over top of the sky,” Kyba said.