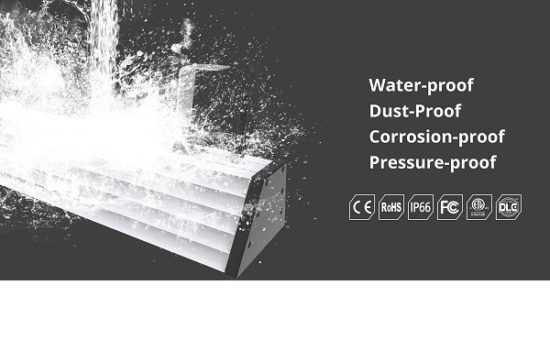 0 No protection: No special protection against people or things outside.

1 Prevent the penetration of solid objects larger than 50mm: Prevent the human body (such as palm) from accidentally touching the parts inside the lamp. Prevent intrusion of foreign objects of larger size (diameter greater than 50mm).

3 Prevent intrusion of solid objects larger than 2.5 mm: Prevent tools, wires, or similar small foreign objects with a diameter or thickness greater than 2.5 mm from intruding into contact with parts inside the fixture.

4 to prevent the invasion of solid objects greater than 1.0mm: to prevent the diameter or thickness of more than 1.0mm tools, wires or similar details of small foreign objects invade and touch the interior parts of the lamp.

1 Prevent drip intrusion: Drops of water (such as condensate) that are dropped vertically will not have a detrimental effect on the luminaire.

2 It can still prevent the intrusion of drip when tilted at 15 degrees: When the light is tilted to 15 degrees from the vertical, the drip will not cause harmful effects on the light.

3 to prevent the intrusion of sprayed water: prevent rain, or prevent water sprayed into the fixture with a vertical angle less than 60 degrees to cause damage.

5 to prevent the intrusion of water: prevent water from the nozzles from all directions to enter the lamp to cause damage.

7 to prevent water intrusion when flooding: The lamp is immersed in water for a certain time or water pressure below a certain standard to ensure that it does not cause damage due to water.

8 Prevent intrusion of water when sinking: The lamp sinks indefinitely under specified water pressure conditions to ensure that it is not damaged due to water ingress.

These two figures are an important basis for the LED high-bay light protection level. For consumers, when buying LED light fixtures such as high-bay light, it is not the higher of these two numbers, the better. It must be purchase the product according to their own actual conditions.

How to improve the lifetime of LED high bay light？